Titan was reformed from a heroic team to a training team at the beginning of Legion. They earned AotC every tier for two full expansions which is an accomplishment all to its own. 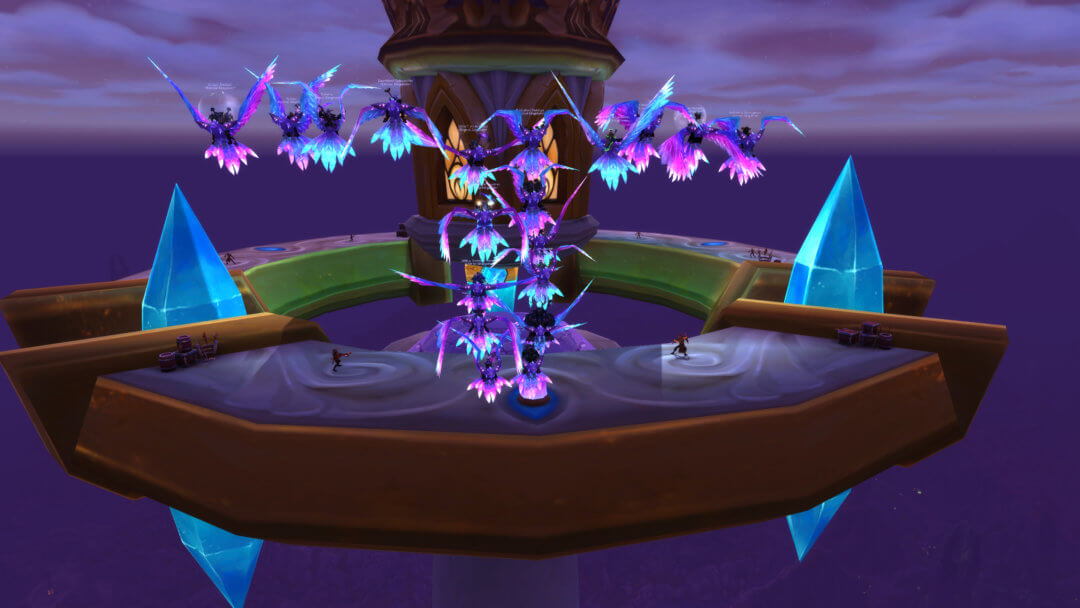 But their most impressive accomplishment is the number of raiders that have the knowledge and confidence to raid because of the training they received while on Titan. Many of these players came from very limited or no raiding experience at all. Some were returning players that had to relearn how to play the game after a long break. Others were players looking to learn a new class/role. In any case, if the roster wasn’t already full, no player was turned away who earnestly wanted to learn and genuinely needed the training.

Titan focused heavily on raid expectations and etiquette, raid mechanics and positioning, and finally player performance. Items associated with training might have included: where to find class/spec guides, using boss mods, weak auras, tank and healer addons, gear simulations, wow analyzer, warcraft logs, keybinds, UI construction, etc. If you wanted to learn it, they were prepared to teach it or find someone who could. In 2017, Belisyma enlisted members of Titan to assist her in creating a Raiding Basics guide for players new to raiding.

When a player was satisfied that they had learned all they needed to know to move up to a progression team, it was encouraged they do so to make room for new trainees. Many teams in Eternal Kingdom have players on their roster that spent time on Titan. Some are on heroic teams, some mythic, some have achieved Cutting Edge, and some lead their own teams.

Titan did more than just raid together. They also had a ton of fun doing meta achievements, practicing and learning mythic plus, competing in a weekly team transmog competition, and even sharing a few drinks and laughs doing old content. Titan retired at the end of Ny’alotha. It was truly a special type of team.