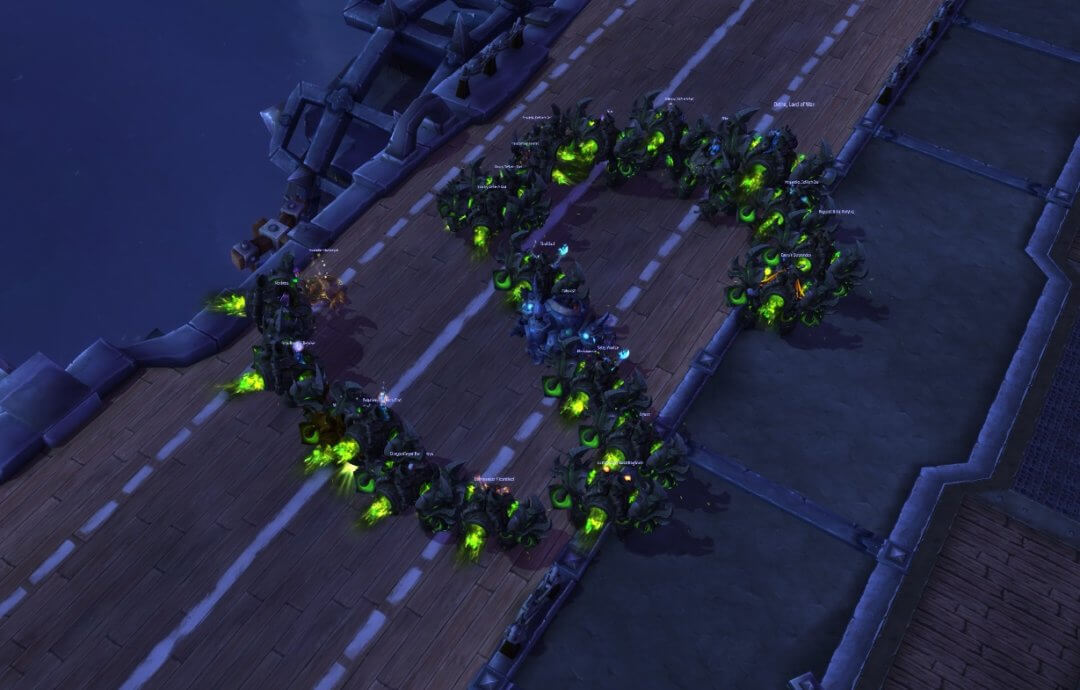 Posing for the Camera (aka Herding Cats)

Sellswords is a consistent supporter of the guild bank, they assist in free AotC runs for fellow guildies, and have historically created at least one carry team for the charity stream-a-thon. The past two charity events, their carry team ran for the entire 12 hour duration and completed more key carries than any other team. 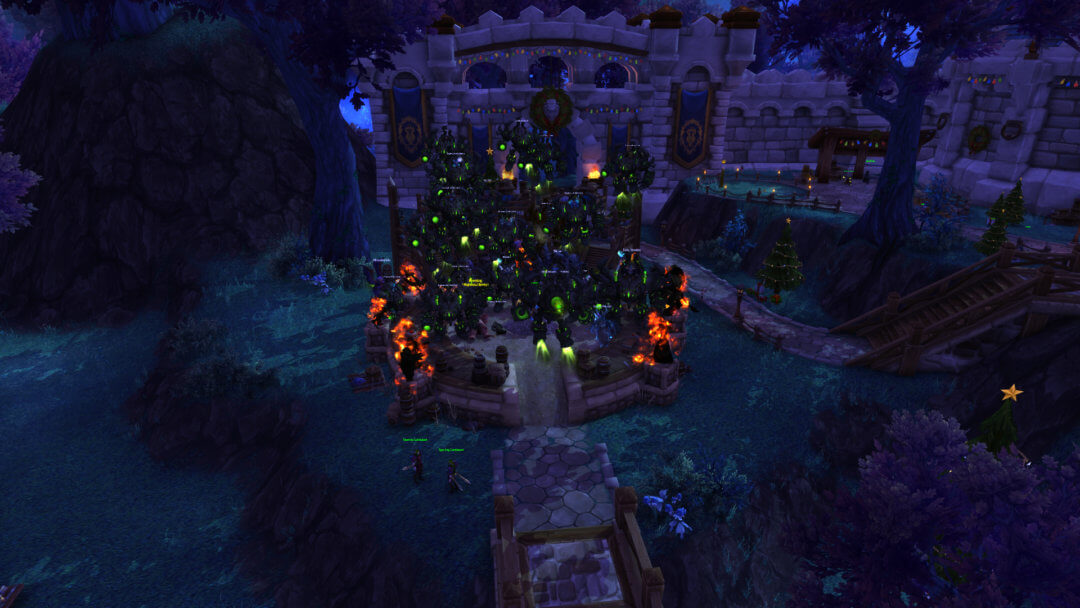 Sellswords Christmas Party in the Garrison 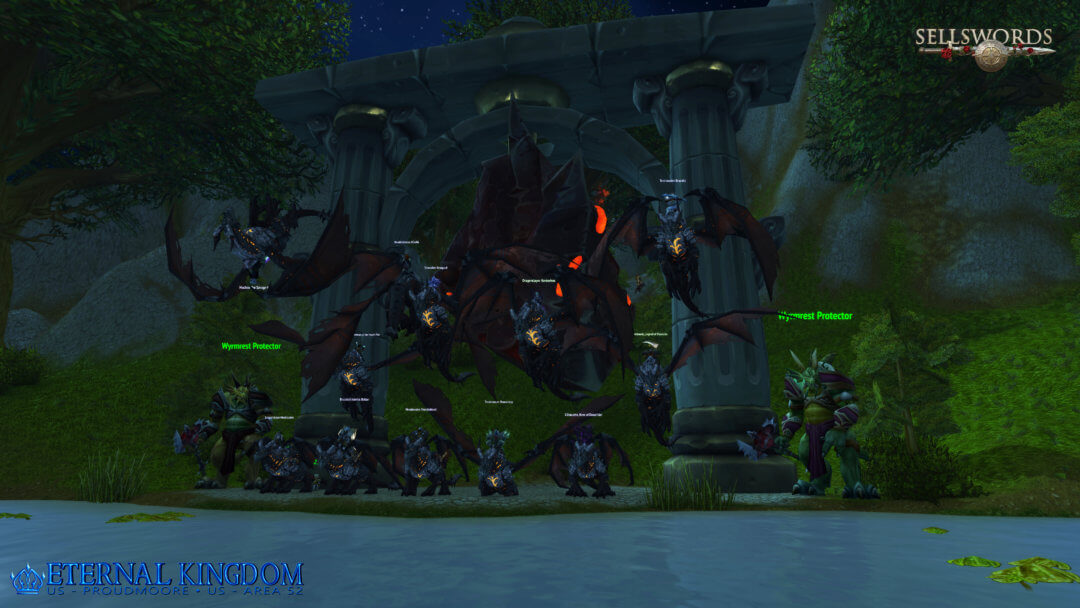 Sellswords is also a very social team, checking out new content together in Beta or the PTR, doing sales including helping with the Jaina mount runs for the guild.  They also enjoy pushing keys and frequently offer their services as mercenaries for new and existing raid teams. When not playing World of Warcraft, teammates will often play other games together including League of Legends, Path of Exile, Among Us, and Diablo. The team participates in a lot of friendly banter and goofing around as can be seen by the following clips. (Clips NSFW) 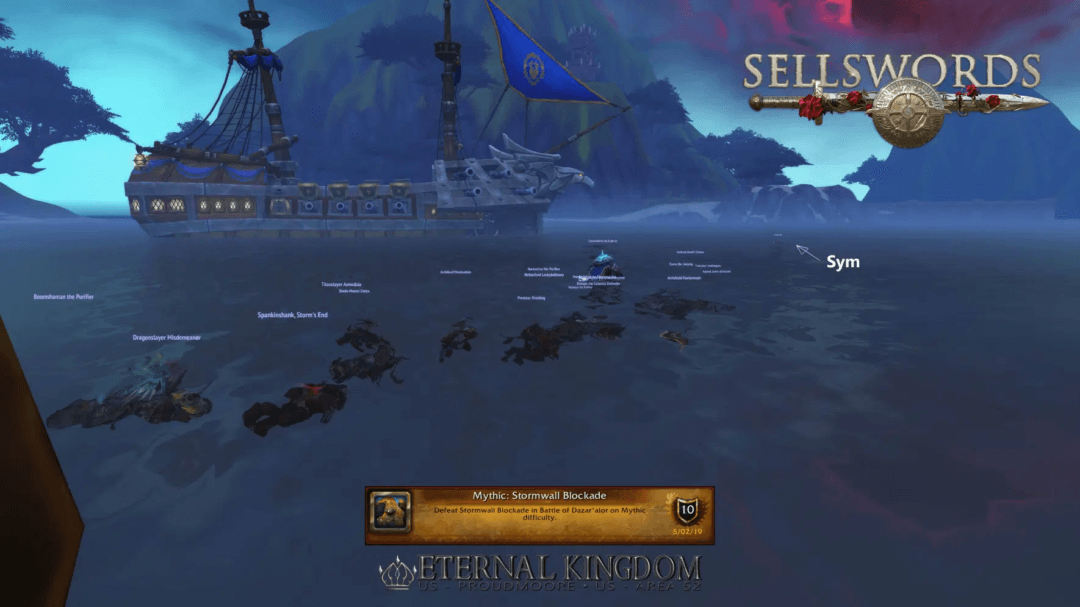 A Raider Made it to the Water

Sellswords goal going into Shadowlands is to continue pushing their rankings towards the top 100 US, while maintaining a fun, non-toxic raid environment.