Gallant was first introduced during Tomb of Sargeras as a heroic team, however that label didn’t really fit as Gallant has ventured into mythic every tier since their inception.

At only 4 hours a week, Gallant has a casual and relaxed atmosphere. They are capable of pushing further progression, but choose to keep things fun and light instead. They don’t actively enforce attendance and like to keep an open door policy so players can leave to pursue other goals and return to the team later. This has allowed Gallant to acquire a very large circle of friends and a nearly unlimited bench. 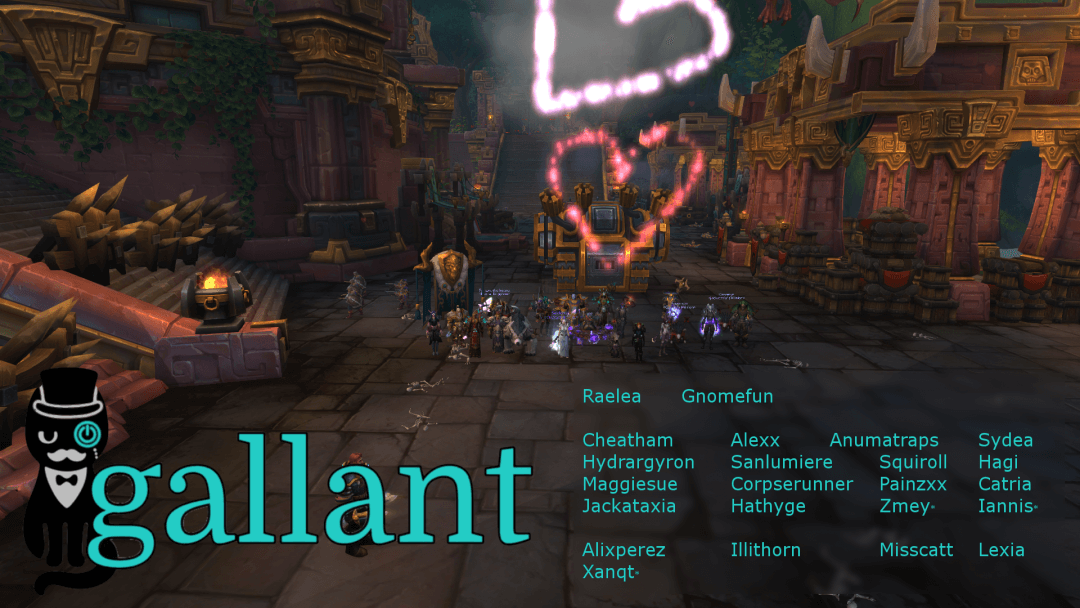 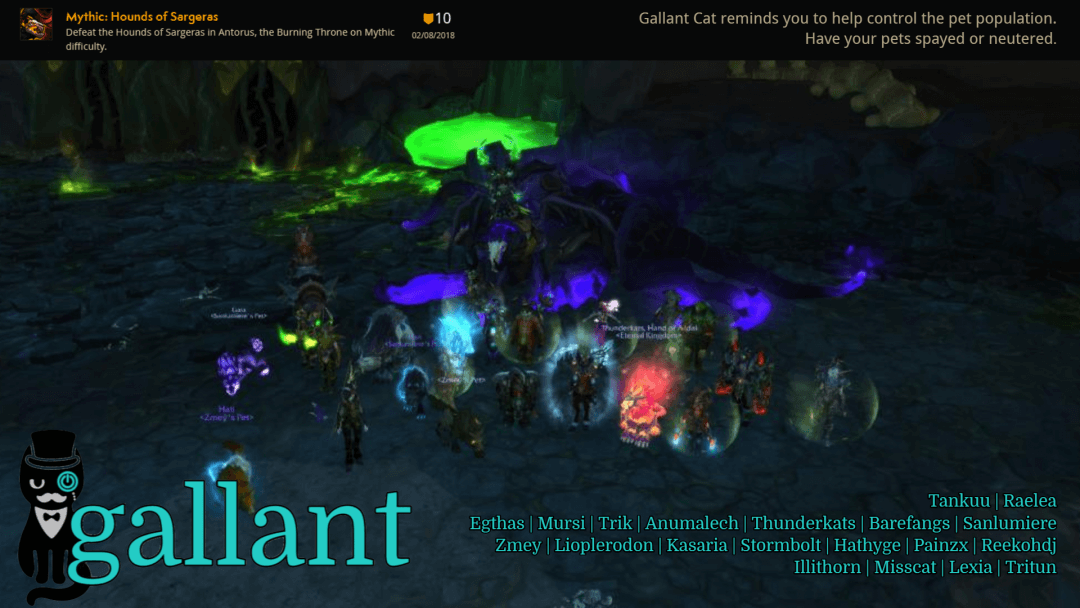 Even though they like to keep things casual, Gallant is always progressing in some form or another. They often go back and clear previous tier mythic bosses for fun, and they enjoy completing meta achievements as well.

Gallant focuses on openness, acceptance, and forward progression. Their team discord officer channels and strategy channels are accessible to be read by all members of the team and they encourage folks to volunteer to be officers themselves. 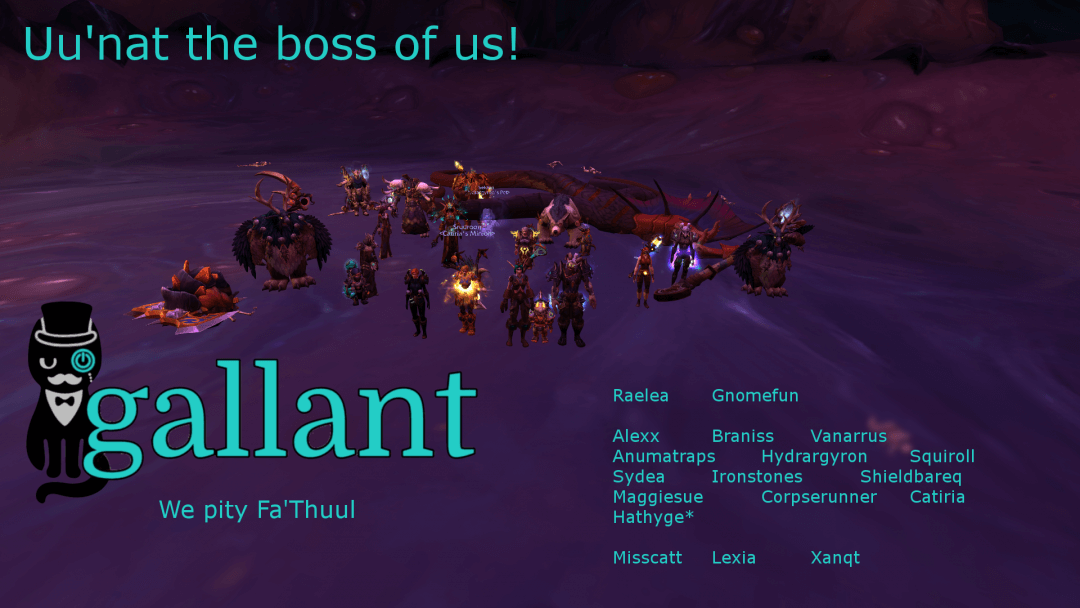 Gallants goals going into shadowlands is to continue fostering an environment of openness, acceptance, and forward progression while also being the most fun and most hardcore-casual, one-night mythic team in the guild.