Members of Empire are often jokingly referred to as “chimps” by their raid leader when things go awry. This has prompted the team to unofficially adopt the motto: “Apes together strong,” a quote from The Planet of the Apes.

They do a lot of raid carry sales for their team, and have given free mythic carries to the guild banking team to use as contest prizes. They also had a carry team for the mythic plus charity stream-a-thon.

Members of Empire are very social outside of raid too. They enjoy hanging out in discord watching movies, tv shows, and sports, specifically NFL football. They play a number of other games together between tiers including League of Legends, Among Us, and Phantasmophobia. 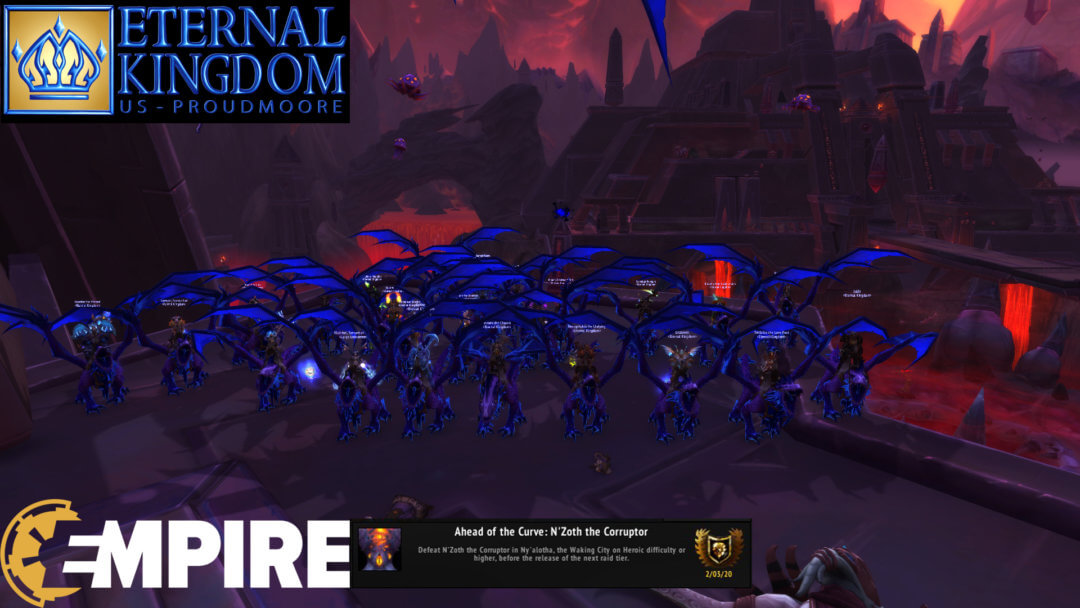 Empire’s goal going into Shadowlands is to be a Mythic Hall of Fame team.