Benediction was born at the start of Battle for Azeroth. They are a heroic team dedicated to clearing heroic AotC every tier. For fun, they might take a stab at a mythic boss, but they’d prefer to keep it more casual and focus on other fun things. 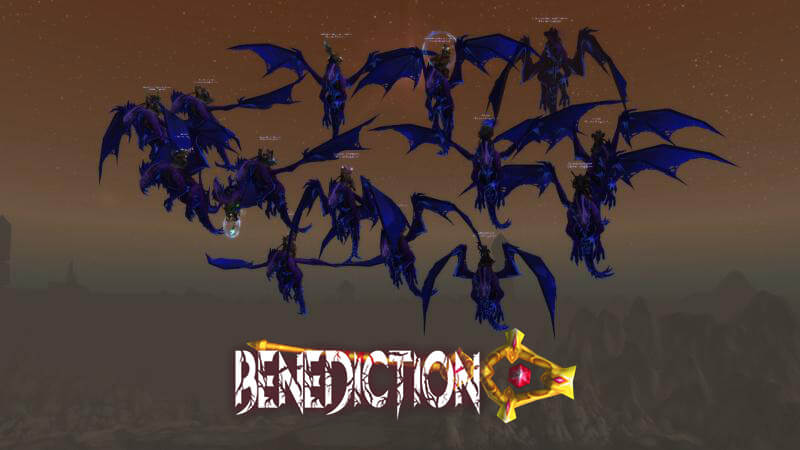 Members of Benediction spend a lot of time outside of raid together. They pushed countless mythic plus keys into the wee hours of the night, right up til the end of the season to make sure as many members as possible got their Keystone Master. They also complete the meta achievements every tier for some fancy new mounts.

Benediction also enjoys PvP. The team is especially fond of battlegrounds so watch out! These guys are DEADLY!

With content over for the tier, they formed up for a trivia night. (Quantum mechanics, anyone?) 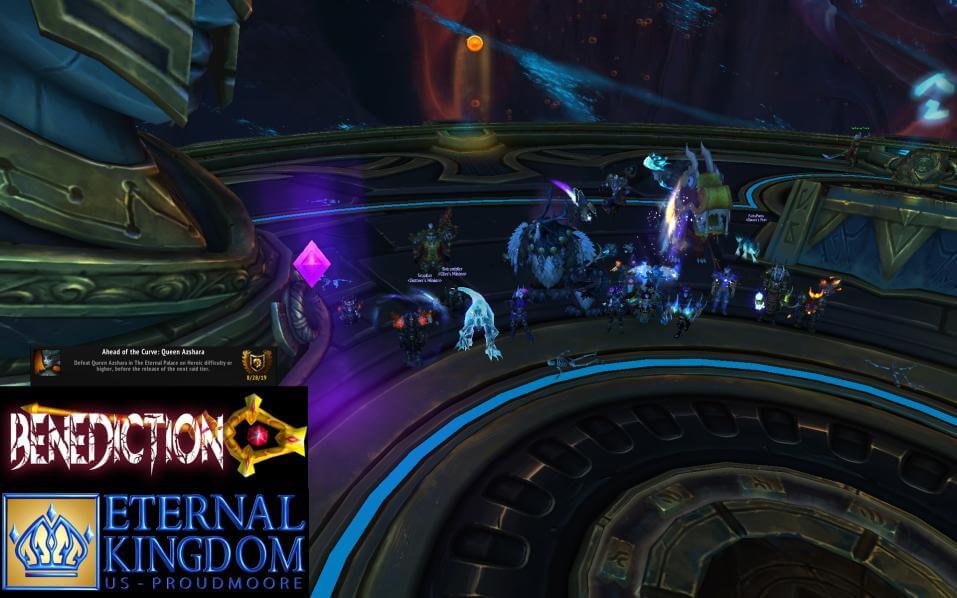 What does the team have to say about Benedication.. We found out!!

“My favorite thing about the team is how we find humor in just about everything we do and for the most part no one takes anything too seriously.” – Zanima, Resto Druid

“My favorite thing is even though I hate M+ with a passion from doing it too much in legion, I don’t mind running with the team cause it’s just a chill environment.” – Weetang, Shadow Priest

“Just a chill group of people.  We all have fun cutting it up, but then pull together to get the first [heroic team] AoTC in EK…every… single… damn… time!” Darknous, Shadow Priest

“The most sarcastic and hilarious raid team in EK. We also kill things and have fun!” Charrtruce, Assasination Rogue

“My favorite thing about this team is we have a lot of members that are always willing to step up and help others regardless of personal benefit.” Greentgoon, Affliction Warlock

“Benediction to me is a group of corny funny individuals who get along great together.  We shoot the shit whether it’s progressing heroic bosses or depleting keys together we have a good time. Andromeda, our fearless raid lead with strats that work for our raid comp at the time and Lumi,our raid “mom” and team lead who scolds us when needed to get us back into the game. I’d choose this team over all the others anyday. Let’s keep the title of 1st Heroic Team getting AoTC in EK going!” Tussnx, Prot Paladin

“This team is a lot of fun. I love that people are so willing to help each other.  Plus Car creates amazing art!” Raceynia, Ret Paladin 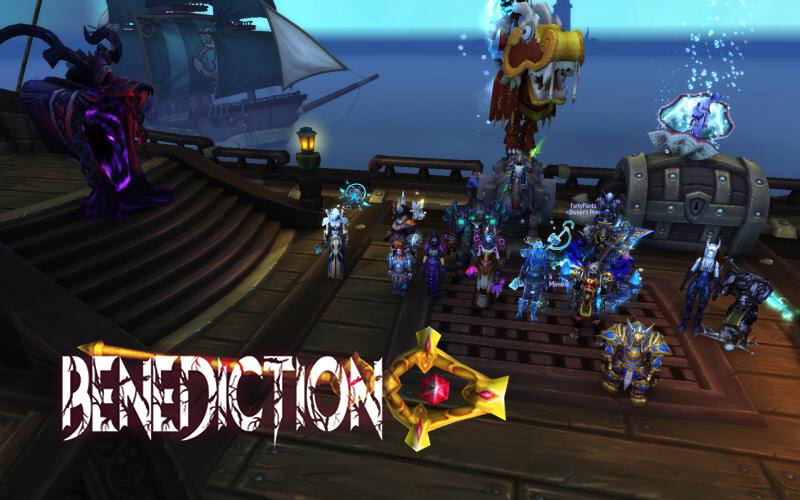 Benediction’s goals for Shadowlands are to continue achieving Heroic AotC, pushing Mythic+ progression, and having lots of fun!