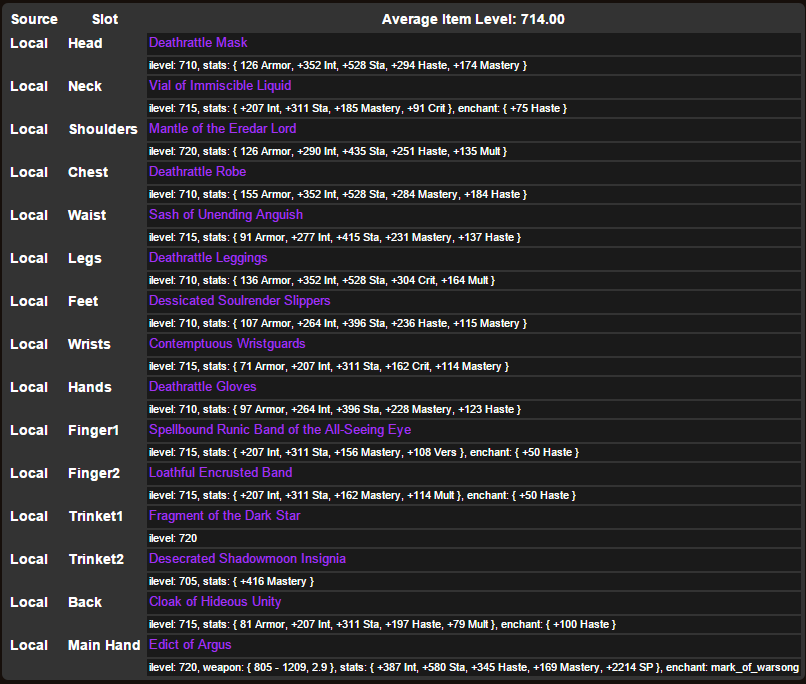 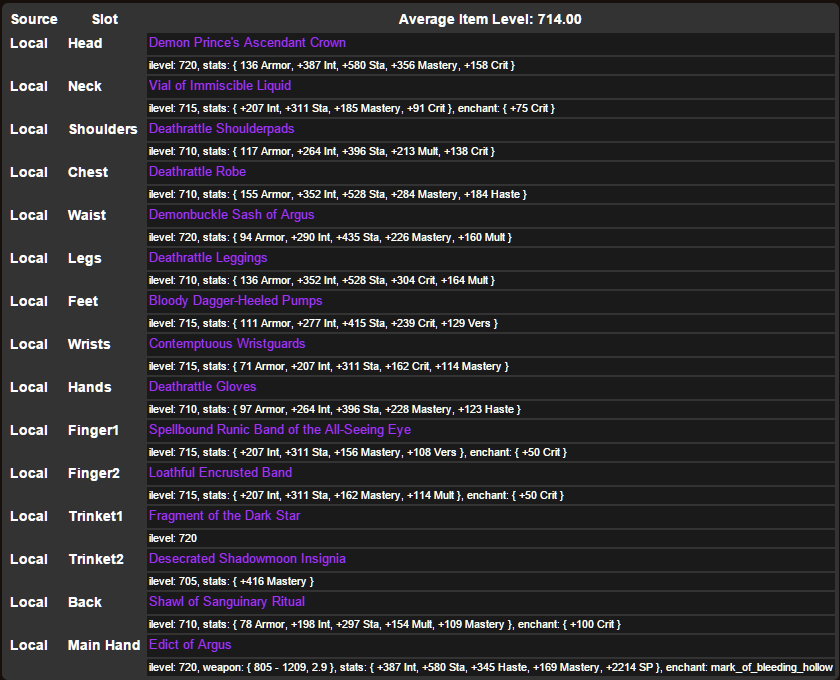 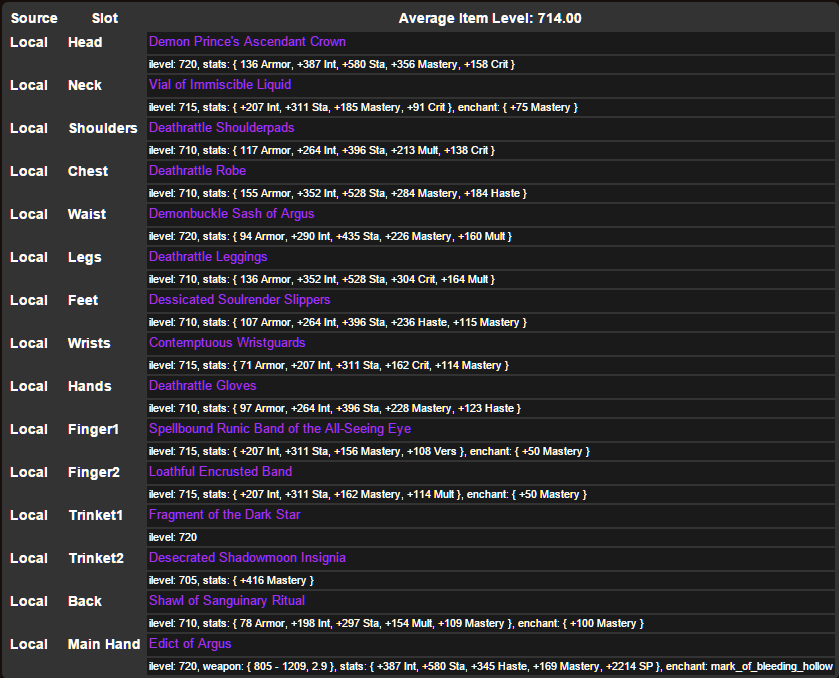 One note, I disagree with the recommended enchants for destruction on this list. The list has destruction enchanting crit on everything, I'm guessing because crit is destro's top stat for single target damage, especially if you don't take CR. But destro's most practically useful scenarios are not pure single target ones, and the more add cleave is going on, the more mastery becomes better than crit. Also, as a practical matter, levels of mastery got high enough by heroic BRF that CR became predominant. It takes about 37 mastery to get a 1% buff to chaos bolt, and about 93 crit to get the same, so if you're drowning in chaos bolts either way, mastery is a significantly better use of enchant allocations.

A similar quibble with listing the fragment as a bis trinket for destro. Fragment is a huge crit boost on single target, and nothing else - it devalues heavily with rapid target swapping, which is destro's job on many encounters in HFC. As a practical matter, trinkets like the mythic goren soul repository, a mythic unblinking gaze of seethe, a 725 Sandman's, or the orb of voidsight will return better results in most ordinary use situations.
Top

Yeah there is a debate on the wow forums about the ideal stat priority in terms of gear/enchants.

I think the debate has largely been settled, actually. Crit was a contender if you were doing Gruul at ilvl 670, but for HFC gear/fights, mastery has pulled far ahead for a BIS list. In general, for anyone looking for a quick rundown, the Icy Veins guide is ok: http://www.icy-veins.com/wow/destructio ... onsumables
For a more detailed explanation, Furty's guide goes over some mechanics involved: http://www.mmo-champion.com/threads/173 ... lock-Guide

Sadly, Dark Intentions is no longer around, I wish I could refer people there though!

Although Destro should probably prefer mastery at this point, there's also one other practical consideration for enchants, and that's that many warlocks carry around a Destro and Affli set for HFC. If you do this, keep in mind enchanting mastery makes it easy to share pieces with affliction if you don't have two entirely separate gear sets (affliction likes mastery very nearly as much as haste, and even more than haste for Council, whereas affliction doesn't like crit very much at all). Demonology also loves mastery... it's either the best stat or very very close to the best stat for every spec at this point. That makes it very flexible as a priority if you will swap specs a lot.
Top
Post Reply
4 posts • Page 1 of 1