Destiny joined the guild under the name of Dreadnought back in Hellfire Citadel during Warlords of Draenor. They had already started Mythic Progression, making Mythic Gorefiend their first progression kill as members of Eternal Kingdom. This weekend team went on to clear HFC and begin their journey through the Legion expansion. 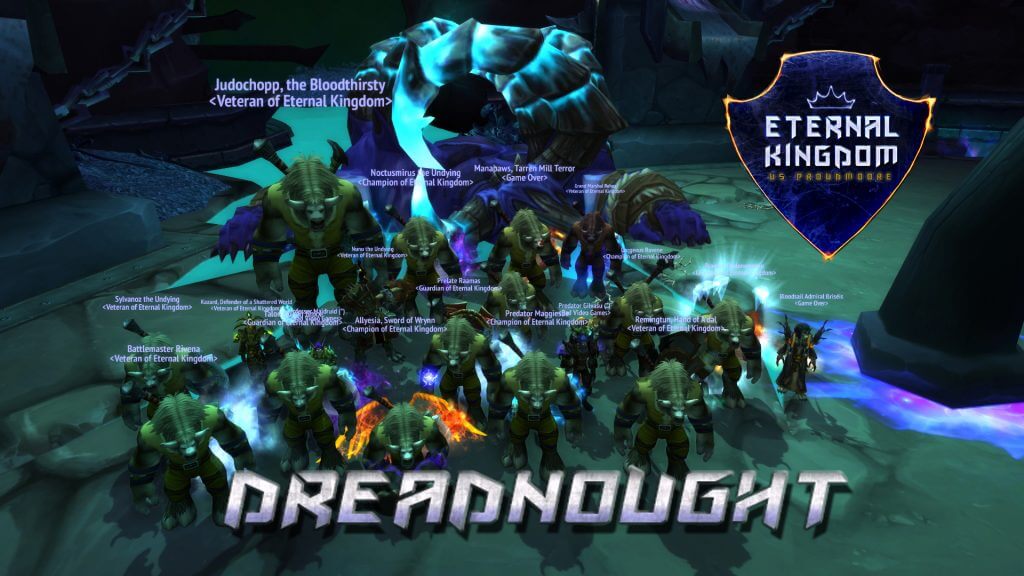 Through the next three tiers, Dreadnought maintained a fairly even progression clearing 4/7M Emerald Nightmare, 4/10M Nighthold, and 5/9M Tomb of Sargeras. In Antorus, they pushed hard and completed 9/11 killing Mythic Coven of Sivara.

Going into BFA, it was obvious Dreadnought had evolved during the last few tiers and the team leadership wanted to reflect that in a new name. Team Destiny was ready to raid and they pushed hard killing 7/8 Mythic bosses in Uldir. 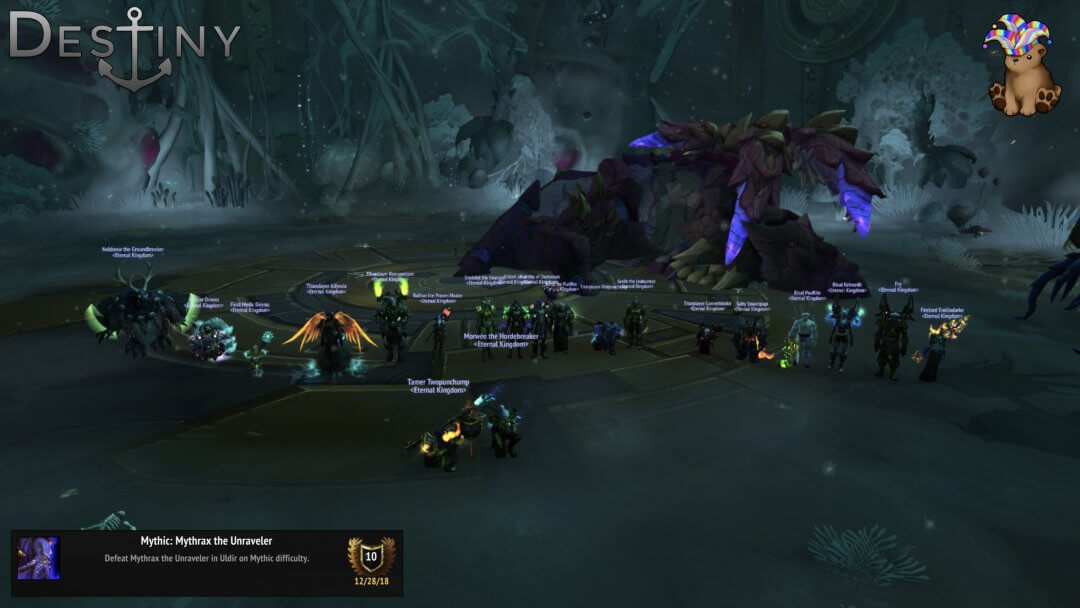 Destiny retired at the end of Uldir. It was sad to see them go, but those that had the opportunity to be a part of this team, will always have their memories.

“As far as memories. It was chaotic at times, we had a hard time settling around the end of Tomb into Antorus, but Eranthe did a great job corralling us all into place and really set a great example on performance and attitude. The most rewarding kill was the Coven of Shivara, we tried so many different comps and rotations to get that down, and the final pull was really satisfying.” ~Slappypant