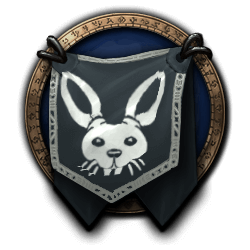 Acheron is a group of raiders reaching back to Ulduar in Wrath. Many of us raided together since Black Temple and earlier. We have raided 25-player Heroic, 10-player Heroic when that was top tier, Mythic, Casual, Converted into a training team to teach new raiders, always clearing content and meta drakes and at times grabbing server first kills.

We are a group of raiders who have retired from heavy hours but still want to see content and play the game together. Raiding only 3 hours a week we believe that raid time should be fun but focused. We want to have time in the week for other aspects of the game as well as playing other games together and with other friends from those games. The relationships we build are paramount. It’s important to us how well we all get along and while we may get frustrated in raid we don’t let it carry over past the portal. With our raiders being mostly retired Mythic level raiders we expect each other to research and learn their own classes while being active and sharing with the rest of the team. Preparation and communication is vital. Don’t forget to have fun!

Acheron May Be a Good Fit for You if:

11/11M Sepulcher of the First Ones

Recruiting for DF CE! All exceptional applicants should apply!

We are looking to fill a number of slots as we push into Mythic content. We're especially looking for healer/dps multi-spec players.

Any exceptional Applicants may apply

All the things since KJ