This tier has been quite the challenge, but it’s been really rewarding as well.  After a couple nights of progression, lots of sharing debuffs with friends and some inadvertent running off the edge, Gallant was able to kill The Jailer’s Eye and move to 2 of 10.  Several minutes later, I realized I forgot to grab a kill shot to commemorate all that hard work.  That was plenty of time for the body to despawn…  Fast forward to next week and!!! 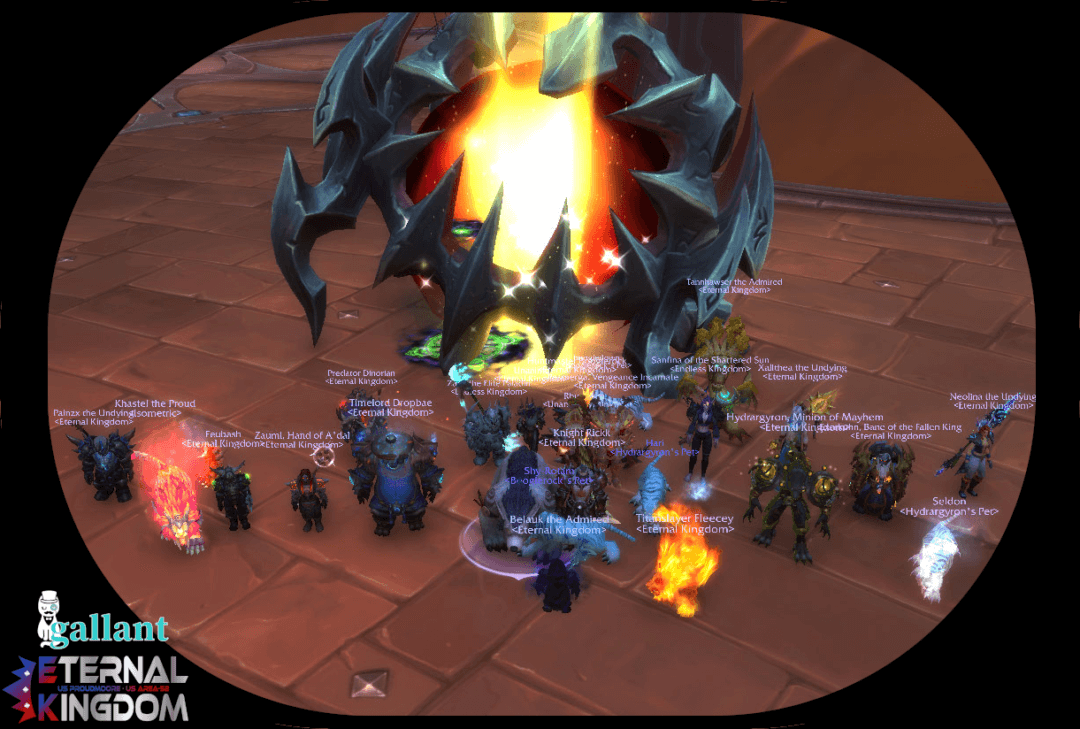 We are going to pretend that the black fisheye frame around the image is artistic flair and not another amusing failure at capturing a kill shot.  It is definitely not hiding my UI.

Since I was so quick about getting the kill picture posted, fast forward another week and we spilled more ocular fluid all over the ground.  The Nine put up a good fight, but we eventually got the dispels and positioning figured out and made it 3 of 10.

Blizzard almost got me on this one too.  The bodies despawned about a half a second after I grabbed this screenshot.

As we near the end of the tier, I just want to say that I’m super proud of this group of folks.  Gallant has had more than a fair share of changes and disruptions over the last year and we’ve been incredibly resilient.  We’ve had several leadership changes, personal struggles, in-game mechanics and the same roster challenges as every other team.

Yet through it all, this is a group that sincerely enjoys getting together with friends each week and it shows.  We also have to thank our other friends in EK that offered support throughout the tier.  Thanks to all of you for making this possible and I’m really looking forward to the new tier.  Go team Gallant!!!

7/11M Sepulcher of the First Ones